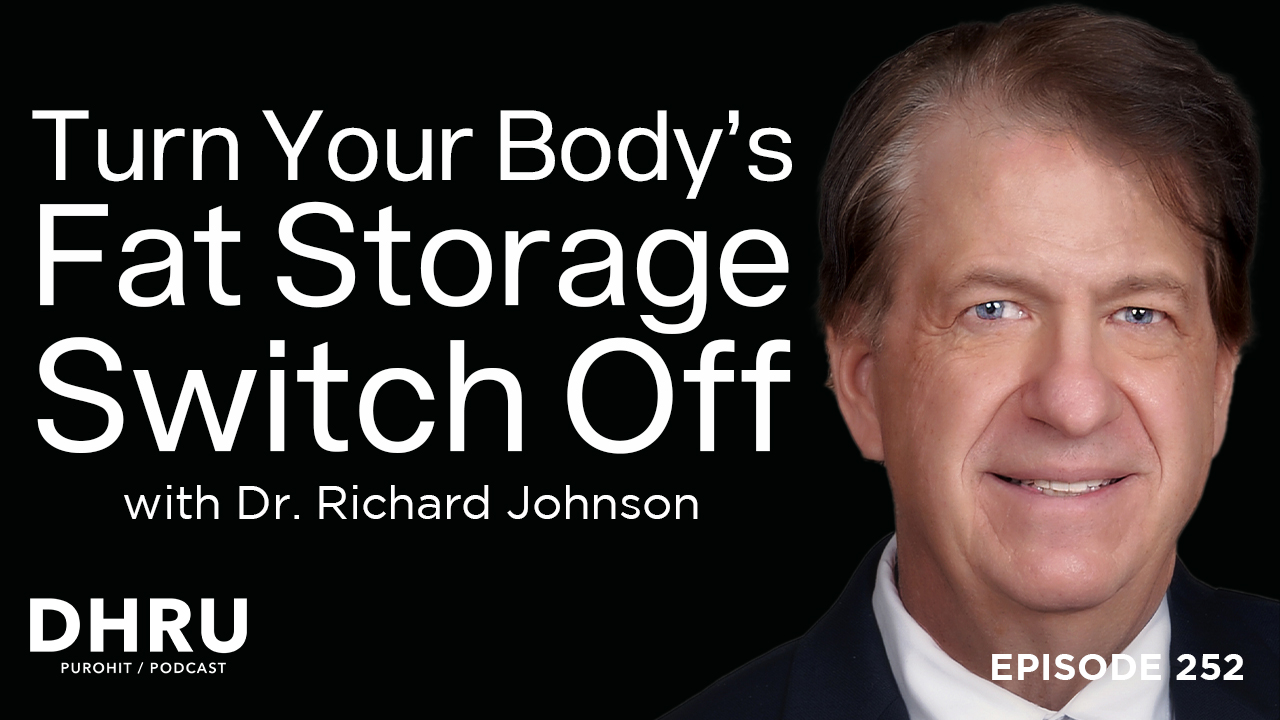 Why do we get fat? As Americans have gotten heavier over the past century, and disease rates have skyrocketed, there have been many theories: We’re eating too much fat. Too many carbs. An excess of sugar. Is it our lifestyle or our diet that’s to blame?

Or could there be a single common cause that explains the sharp increase in not only obesity, but conditions as disparate as heart disease, cancer, and dementia?

This week on The Dhru Purohit Podcast, Dhru sat down with Dr. Richard Johnson to talk about his team’s discovery of the fructose-powered survival switch—a metabolic pathway that animals in nature turn on and off as needed, but that our modern diet has permanently fixed in the on position, becoming a fat switch—and how it has revolutionized the way we think about why we gain weight.

Dr. Richard Johnson is a Professor of Medicine at the University of Colorado in Denver and has been a practicing physician and clinical scientist for over 25 years. He is internationally recognized for his seminal work on the role of sugar and its component fructose, in obesity and diabetes. His work has also suggested a fundamental role for uric acid (which is generated during fructose metabolism) in metabolic syndrome.

Dr. Johnson is a prolific scientist with research that has been funded by the National Institute of Health since the 1980s.  He is a member of the American Society for Clinical Investigation and has published over 700 papers, lectured in over 45 countries, and is a highly cited scientist. He previously authored The Sugar Fix with Timothy Gower in 2008, and The Fat Switch in 2012. His new book is entitled Nature Wants Us to Be Fat and will be published on February 8, 2022.

In this episode, we dive into:

Also mentioned in this episode:

This episode is brought to you by InsideTracker.

InsideTracker looks at everything from metabolic and inflammatory markers to nutrients and hormones. Traditional lab tests can be hard to read on your own, but InsideTracker makes their results easy to understand and provides tips on how to use food first for optimal nutrition. Right now, they’re offering my podcast community 25% off. Just go to insidetracker.com/DHRU.

Articles
Relationships, Menopause, and Health
Articles
How Reconnection Can Boost Brain Function
Articles
ULTRAMIND®: Key #4 – Fix Your Digestion
We use cookies and similar technologies to run this website and help us understand how you use it. See our privacy policy here. I Accept