Working veggies into a dessert is one of my superpowers. I’m all about getting as many nutrients as I can in every meal, and a sweet treat is no exception.

This Maple Zucchini Crisp is a great way to use up all that summer squash in an interesting way while some cinnamon and a little maple syrup add flavors that will help you embrace the change in seasons.

The simple granola topping of almonds, pecans, walnuts, coconut oil, and a dash of sea salt adds a satisfying crunch with lots of healthy fats, antioxidants, fiber, and minerals. And fun fact, pecans are actually among the nuts with the highest content of flavonoids, including neuro-protective anthocyanins, which we often only think of coming from blue and purple foods. 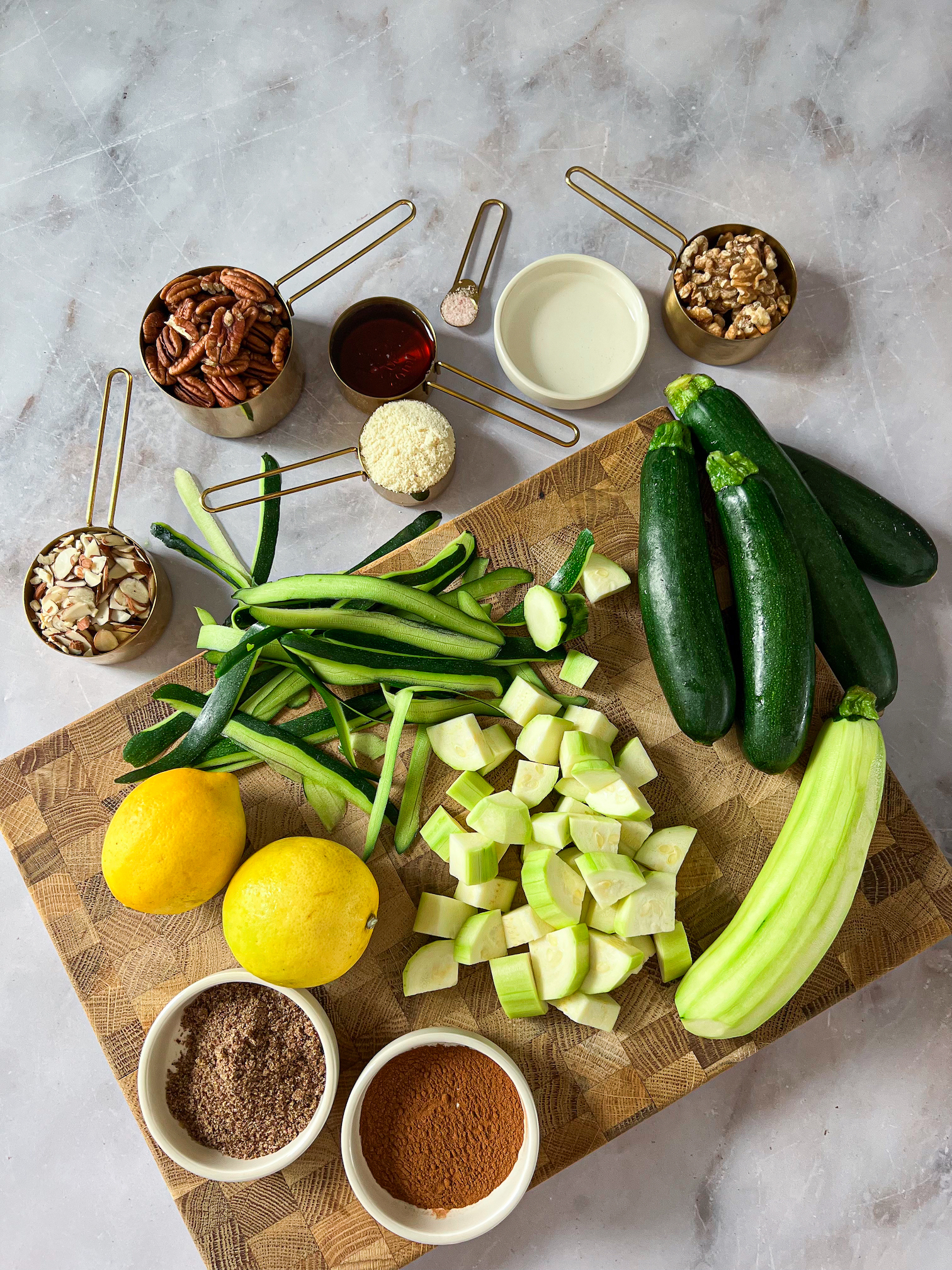 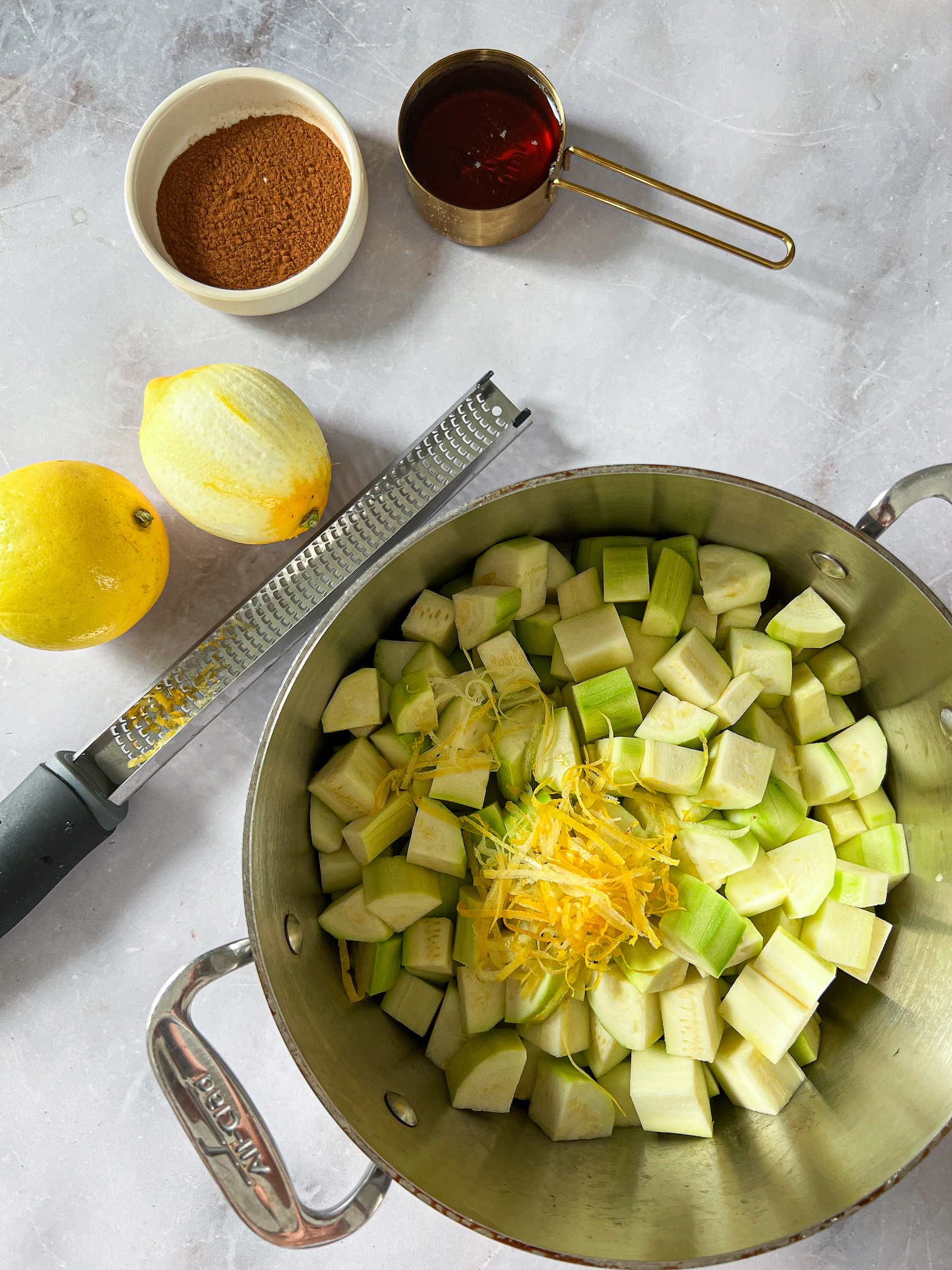 2. In a medium saucepan, add the diced zucchini, lemon juice, zest, maple syrup, and cinnamon. Bring to a boil over medium heat and cook, stirring every 5 minutes until the zucchini has softened. 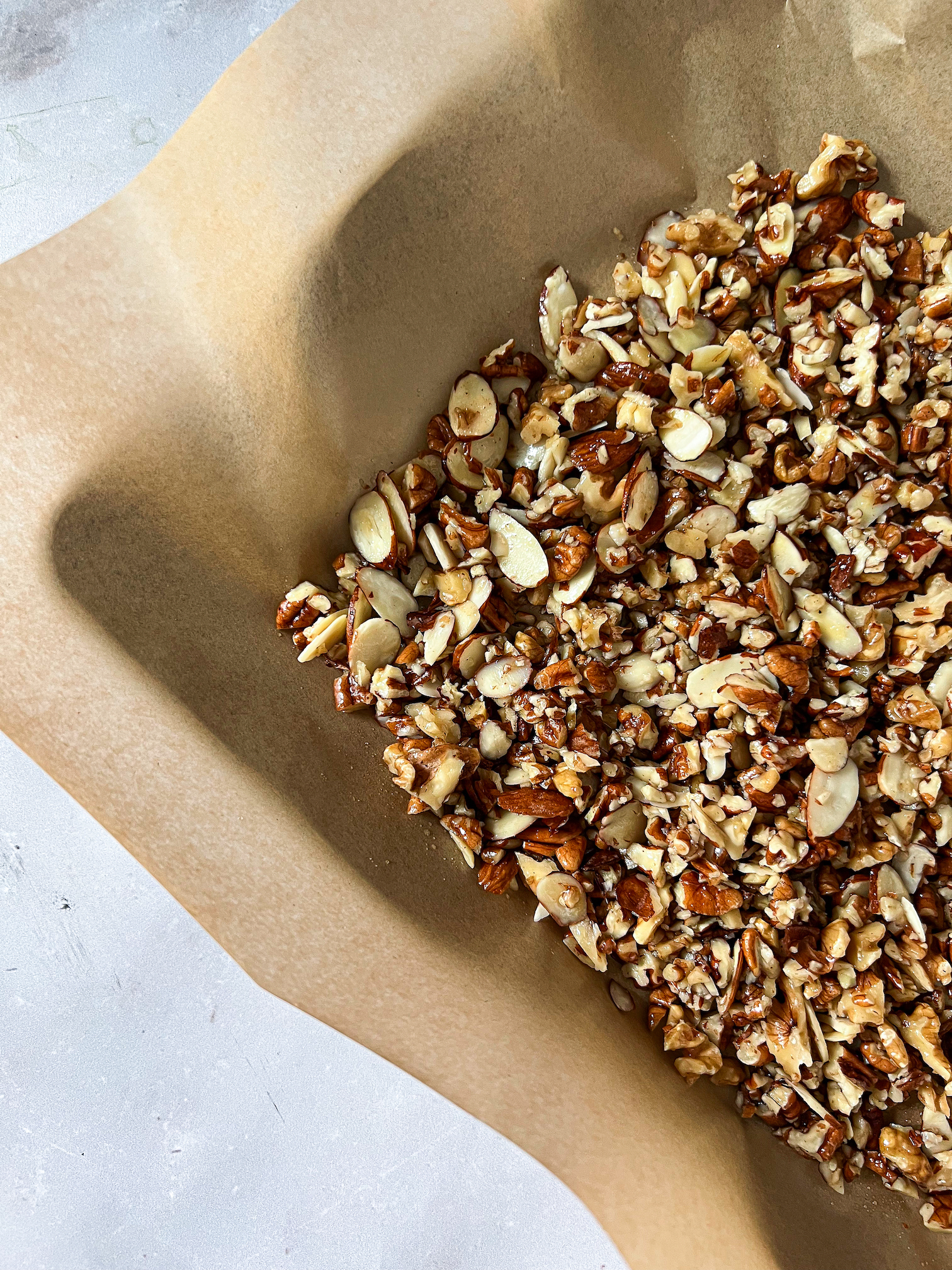 3. While the zucchini is cooking, make the crisp topping. Mix all ingredients in a medium bowl. Spread out on a parchment-lined baking sheet and bake for 10 minutes. Remove from the oven and let cool. 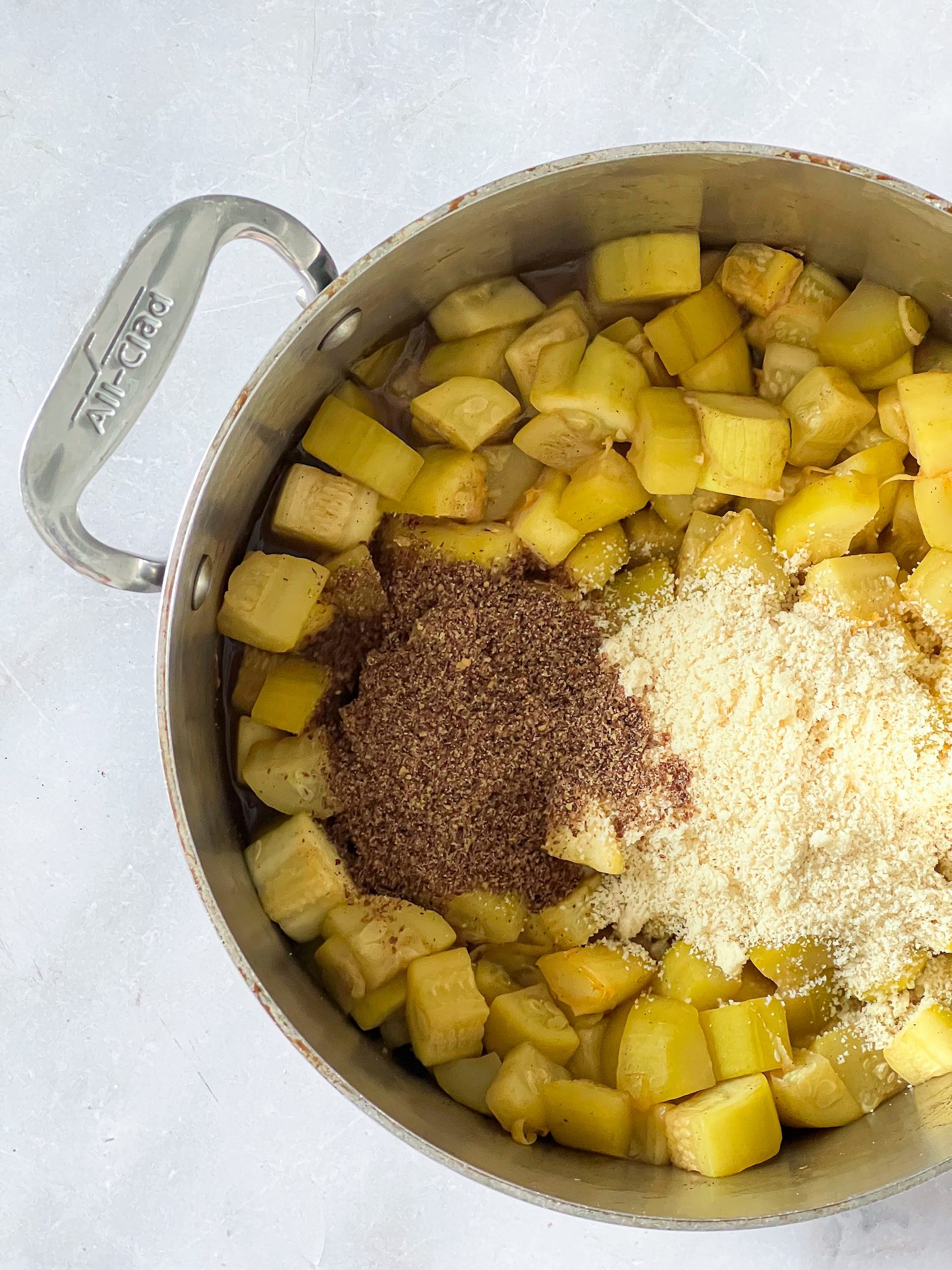 4. When the zucchini is ready, remove from heat and mix in the almond flour and flaxseed. 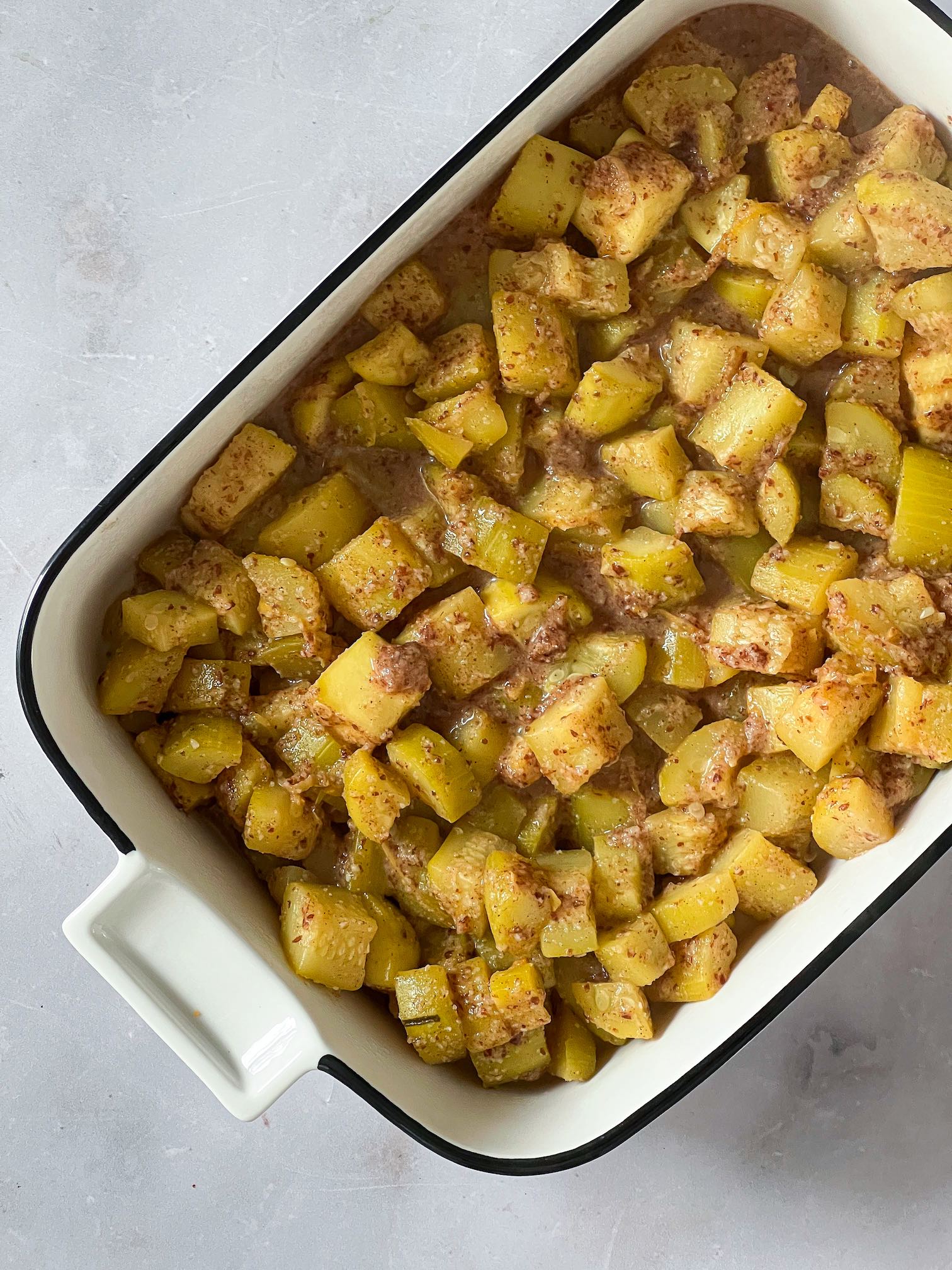 5. Transfer the zucchini to a baking dish and bake for 40 minutes until golden and most of the liquids have evaporated. 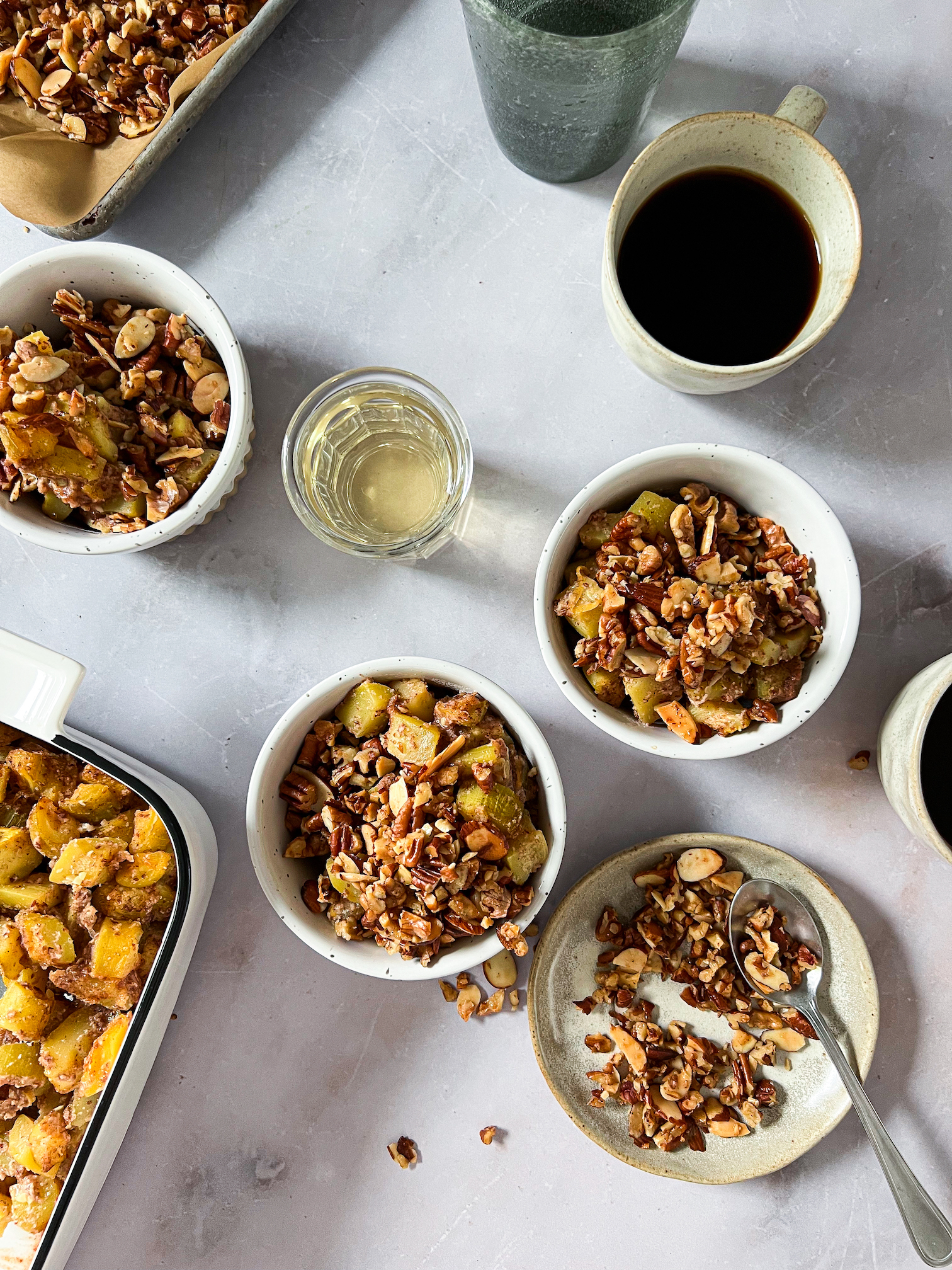 6. Serve warm in individual bowls, topped with the nut crisp and some coconut cream (if using).

Quick Avocado Shrimp Caesar
Elevated Power Bowl
Lemon Poppy Smoothie
We use cookies and similar technologies to run this website and help us understand how you use it. See our privacy policy here. I Accept

This website uses cookies to improve your experience while you navigate through the website. Out of these cookies, the cookies that are categorized as necessary are stored on your browser as they are essential for the working of basic functionalities of the website. We also use third-party cookies that help us analyze and understand how you use this website. These cookies will be stored in your browser only with your consent. You also have the option to opt-out of these cookies. But opting out of some of these cookies may have an effect on your browsing experience.
Necessary Always Enabled
Necessary cookies are absolutely essential for the website to function properly. This category only includes cookies that ensures basic functionalities and security features of the website. These cookies do not store any personal information.
Non-necessary
Any cookies that may not be particularly necessary for the website to function and is used specifically to collect user personal data via analytics, ads, other embedded contents are termed as non-necessary cookies. It is mandatory to procure user consent prior to running these cookies on your website.
SAVE & ACCEPT
Evidence Based
Send this to a friend
Thanks for signing up!